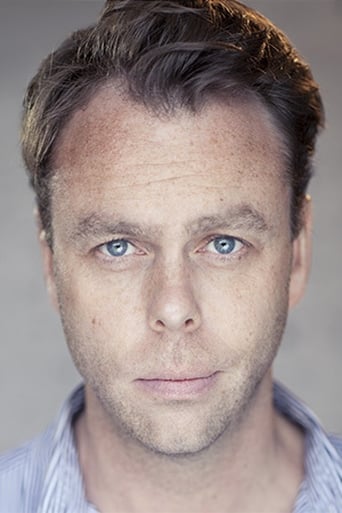 Bruce Mackinnon (born 17 October 1978) is an actor and writer who has appeared in various television programmes and films. Mackinnon was born in Esher, Surrey and was educated at Eton College, before studying drama at The University of Manchester. He began his career in the comedy duo "Mat and Mackinnon" with Mathew Horne. MacKinnon has starred in tv shows such as The Office (UK TV series), The Catherine Tate Show, Smack the Pony and for HBO Rome. Movie credits include Life and Death of Peter Sellers, The Duchess (film) and Vanity Fair (2004 film). He has also written for television shows such as The Catherine Tate Show, Alistair MacGowan, Johnny Vaughan and for Dara Ó Briain on Live Floor Show. In 2012, Mackinnon was selected to play Sir Andrew Aguecheek in the RSC's 2012 production of Twelfth Night, directed by David Farr. In 2014 Mackinnon has appeared in Inside No. 9 for the BBC.Utopia (UK TV series) for Channel 4 and the Marvel Studios movie Guardians of the Galaxy (film). In 2015 MacKinnon will be starring in Showtime (TV network) / Hat Trick Productions Episodes (TV series).