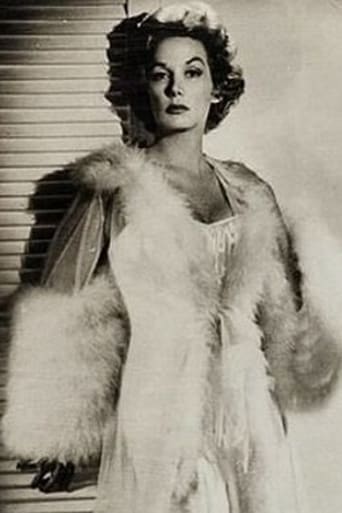 From Wikipedia Cay Forester (born Mila Patricia Crosby December 26, 1921 in Stockton, California died June 18, 2005) was an American film and television actress. She appeared predominantly in minor films with some exceptions, (Advise and Consent, and the Susan Hayward hit Smash Up: Story of a Woman). Her biggest role was in the 1950 cult classic DOA, where Forester played a married woman who tempts Edmond O'Brien. Forester went on to write and co-star in the 1961 thriller Door-to-Door Maniac, notable for the rare big-screen appearance of Johnny Cash. Forrester was last seen guest-starring on television shows in the early 1970s. Forester died of pneumonia in Las Vegas, Nevada, in 2005.