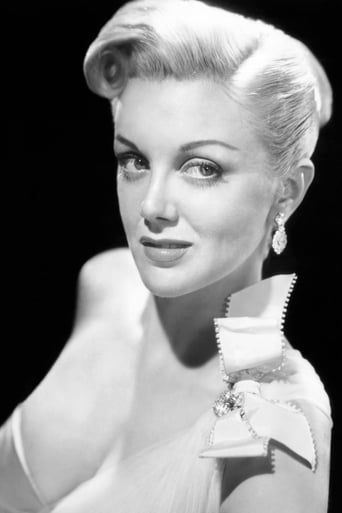 Most active in films during the 1950s, Sterling received a Golden Globe Award for Best Supporting Actress for her performance in The High and the Mighty (1954), and was nominated for an Academy Award for Best Supporting Actress for the same performance. Her career declined during the 1960s, however she continued to play occasional roles for television and theatre. Early life Sterling was born Jane Sterling Adriance in New York City, into a well-to-do family. She was educated in private schools before heading to Europe with her family. She was schooled by private tutors in London and Paris, and was enrolled in Fay Compton's dramatic school in London. Acting career As a teenager she returned to Manhattan, and using variations of her given name, such as Jane Adriance and Jane Sterling, began her career by making a Broadway appearance in Bachelor Born, and went on to appear in such major stage works as Panama Hattie, Over 21 and Present Laughter. In 1947, she made her film debut in Tycoon, billed as Jane Darian. Ruth Gordon reportedly insisted she change her stage name and they agreed upon Jan Sterling. She played a prominent supporting role in Johnny Belinda (1948). Alternating between films and television, Sterling appeared in several television anthology series during the 1950s, and played film roles in Caged (1950), Mystery Street (1950), The Mating Season (1951), Ace in the Hole (1951), Flesh and Fury (1952), The Human Jungle (1954), and Female on the Beach (1955). Often cast as hard and determined characters, she played a more sympathetic character in Sky Full of Moon (1952). In 1950, she was cast as Ruth in the ABC western series The Marshal of Gunsight Pass, with Russell Hayden and Eddie Dean. Sterling's character is the girlfriend of Deputy Roscoe played by veteran western film star Roscoe Ates. The series was telecast live from a primitive studio lot at the Iverson Ranch at Chatsworth, California. Sterling in The High and the Mighty In 1954 Sterling was nominated for an Academy Award and won a Golden Globe Award for Best Supporting Actress for her performance in The High and the Mighty. Later that year, she travelled to England to play the role of Julia in the first film version of George Orwell's 1984, despite being several months pregnant at the time. During the following years, she appeared regularly in films such as Slaughter on Tenth Avenue, Kathy O, and The Female Animal. In 1963, she guest starred as Nurse Murdoch in the episode "Millions of Faces" on the ABC medical drama about psychiatry, Breaking Point. In 1967, she and Tisha Sterling (no relation, the daughter of Robert Sterling and Ann Sothern) appeared in the episode "Eleven Miles to Eden" of NBC's western series The Road West starring Barry Sullivan. In late 1968, she began portraying the role of conniving 'Miss Foss' in the long-running CBS soap opera, The Guiding Light. She retired from films in favor of the stage in 1969 and returned to television in 1979 to portray Lou Henry Hoover in the miniseries Backstairs at the White House. Sterling's marriage to John Merivale ended in divorce, and her career began to decline after the death of her second husband, the actor Paul Douglas, in 1959. In the 1970s, she entered into a long-lasting personal relationship with Sam Wanamaker. Inactive for nearly two decades, she made an appearance at the Cinecon Film Festival in Los Angeles in 2001. Sterling's later life was marked by illness and injury that included diabetes, a broken hip and a series of strokes. Her only child, Adams Douglas, died in 2003, and Sterling died the following year in Los Angeles, California, aged 82. She is interred in the Garden of Actors Churchyard Cemetery in London, England.