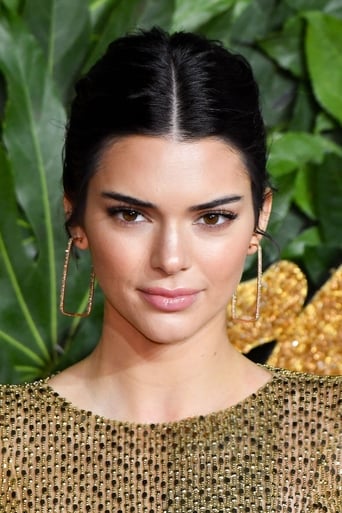 From Wikipedia, the free encyclopedia. Kendall Nicole Jenner (born November 3, 1995) is an American fashion model and television personality. Jenner first came to public attention for appearing in the E! reality television show Keeping Up with the Kardashians. Jenner is a part of an emerging fashion movement which has been dubbed "the Instagirl era" by Vogue magazine, or "Social Media Modeling" by Harper's Bazaar magazine. Jenner built her online fanbase by posting backstage selfies and career updates to her followers on social media, giving them a unique fly on the wall view of her career and public life. After working in commercial print ad campaigns and photoshoots, Jenner had breakout seasons in 2014 and 2015, walking the runways for high fashion designers during the New York, Milan, and Paris Fashion Weeks. Jenner made her earnings debut at No. 16 on Forbes' 2015 list of top earning models, with an estimated annual income of US$4 million. Jenner was born in Los Angeles, California, to retired Olympic decathlete champion Bruce Jenner (now Caitlyn Jenner after a 2015 gender transition)and television personality Kris Jenner. Jenner was raised in a stepfamily with one younger sister, Kylie, and eight half-siblings. Jenner is half sister to Burt and Casey Lynn Jenner through Caitlyn and first wife Christie Crownover. Through Caitlyn and second wife Linda Thompson, Jenner is half sister to indie pop singer Brandon and The Hills actor Sam "Brody" Jenner.Jenner is maternal half sister to reality television celebrities Kourtney, Kim, Khloé, and Rob Kardashian through mother Kris Jenner. Jenner was raised with her sister and maternal half-siblings in Calabasas, an upscale suburb west of Los Angeles. Jenner attended Sierra Canyon School before switching to homeschooling in order to pursue modeling. She graduated in 2014.