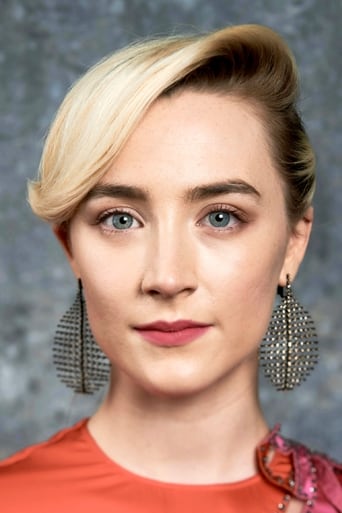 From Wikipedia, the free encyclopedia. Saoirse Ronan (born 12 April 1994) is an Irish film actress. She began her career as a child and came to international prominence in 2007 after co-starring with Keira Knightley in the film Atonement, which gained her nominations for a BAFTA, a Golden Globe and an Academy Award for Best Supporting Actress, making her the youngest actress ever to have this kind of recognition. Ronan has since appeared in several Hollywood films, including the romantic comedy I Could Never Be Your Woman (2007), the science fiction-fantasy film City of Ember (2008) and the epic The Way Back (2010). She was awarded a Saturn Award and a second BAFTA Award nomination for her portrayal in Peter Jackson's The Lovely Bones (2009).  In 2011, Ronan starred in the title role of the action thriller film Hanna. Ronan was nominated for another Critics' Choice Award and won her fifth Irish Film & Television Award for her performance in the film. In 2013, Ronan starred in Andrew Niccol's film adaptation of Stephenie Meyer's novel The Host. She plays the dual main characters of Wanderer and Melanie Stryder. The film debuted in cinemas in March 2013. She also starred in director Neil Jordan's vampire film Byzantium, an adaptation of the play of the same name,and in Geoffrey S. Fletcher's directorial debut Violet & Daisy, where she again played a teen assassin. Ronan will play Daisy in the film adaptation of the 2004 novel How I Live Now by Meg Rosoff. She will appear in Wes Anderson's The Grand Budapest Hotel, which will be released in 2014.