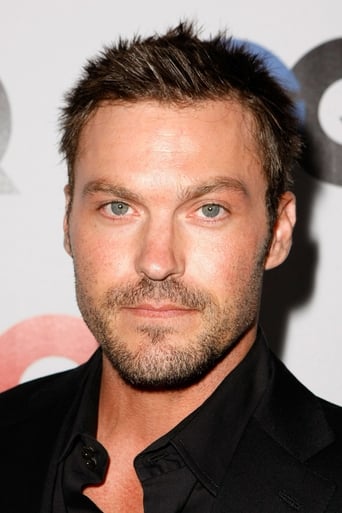 From Wikipedia, the free encyclopedia. Brian Austin Green (born July 15, 1973) is an American actor. He is best known for his portrayal of David Silver on the television series Beverly Hills, 90210, a role he played from 1990 to 2000.  Green also starred in the sitcom Freddie and Terminator: The Sarah Connor Chronicles.  Since 2009, he has appeared in a recurring role on Smallville as Metallo. Green is married to actress and model Megan Fox. Description above from the Wikipedia article Brian Austin Green, licensed under CC-BY-SA,full list of contributors on Wikipedia.