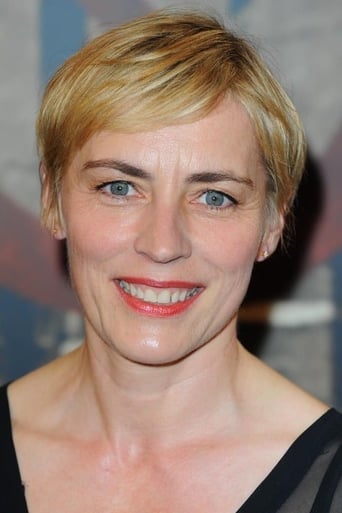 From Wikipedia, the free encyclopedia Saskia Reeves (born 1962) is a British actress perhaps best known for her roles in the films Close My Eyes (1991) and ID (1995), and the 2000 miniseries Frank Herbert's Dune. Born and brought up in London to a Dutch mother and English father, Reeves studied at London's Guildhall School of Music and Drama and has since worked with directors such as Mike Leigh, Stephen Poliakoff, Michael Winterbottom and Nicholas Hytner. Early in her career she performed in puppet shows and in satirical revues at the Covent Garden Community Theatre. Her television credits include Spooks and the Bodies finale. Her stage work includes productions at London's National and Royal Court Theatres as well as on international tour. In addition to her acting career, Reeves does voice work, including commercial and narration (book readings) for VocalPoint.net. In 2008, she starred in English Touring Theatre's revival of Athol Fugard's Hello and Goodbye at the Trafalgar Studios in London. In 2010 she starred as Anne Darwin, the wife of the famous disappearing canoeist John Darwin (played by Bernard Hill) in Canoe Man, a dramatisation of the John Darwin disappearance case for BBC4. and in the BBC1 series Luther. In 2011 Reeves played the matriarch, Anna Brangwen, in the first part of William Ivory's two-part adaptation of DH Lawrence's novels The Rainbow and Women in Love, first shown on BBC4. Description above from the Wikipedia article Saskia Reeves, licensed under CC-BY-SA, full list of contributors on Wikipedia. ​