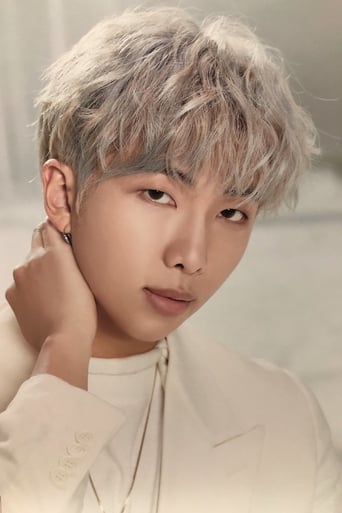 Kim Nam-joon (Hangul: 김남준; born September 12, 1994), better known as Rap Monster, is a South Korean rapper, songwriter and record producer. He is the leader and main rapper of the South Korean boy group BTS, managed under Big Hit Entertainment. In 2015, he released his first solo mixtape, RM. To date, he has recorded collabs with artists such as Wale, Warren G, Gaeko, Krizz Kaliko, MFBTY, and Primary. Rap Monster is notable for his large input in songwriting and production in BTS's discography. He has over 60 songs accredited to his name by the Korea Music Copyright Association.