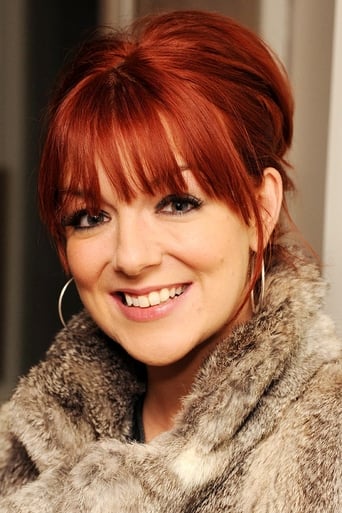 Sheridan Smith, OBE (born 25 June 1981) is an English actress, singer and dancer. Smith came to prominence on television for her roles in comedy shows Two Pints of Lager and a Packet of Crisps, Love Soup, Gavin & Stacey, Grownups and Benidorm before starring in television dramas like Mrs Biggs, for which she won the BAFTA TV Award for Best Actress for playing Ronnie Biggs' wife, The 7.39 and Cilla, where she played Cilla Black. Her film credits include Tower Block, Quartet, Powder Room and The Harry Hill Movie. Smith made her West End debut in a National Youth Music Theatre production of Bugsy Malone and has performed in musicals Into the Woods, Little Shop of Horrors and Legally Blonde. She won two Laurence Olivier Awards in consecutive years, for Best Actress in a Musical as Elle Woods in Legally Blonde in 2011 and Best Performance in a Supporting Role as Doris in a revival of the play Flare Path in 2012. Smith was appointed Officer of the Order of the British Empire (OBE) in the 2015 New Year Honours for services to drama.