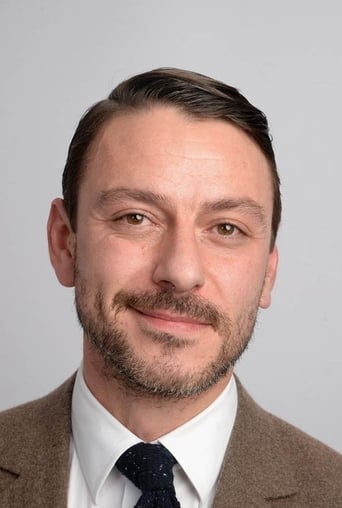 Cilenti was born in Bradford, to Italian parents. He is married to the actress Sienna Guillory, with whom he has appeared in several films. The couple have two daughters, Valentina and Lucia Cilenti born in February 2011. After attending Bradford Grammar School, a degree in French and Spanish at the University of Nottingham followed and led to him working as a night porter and a bodyguard on the Cote D'Azur and in Mexico City respectively. He completed a one year postgraduate course in acting at Drama Studio London, after which he worked at The Duffer of St. George. His first professional acting role came in Trial & Retribution, which led to the role of Grant in the world premiere of Liz Lochhead's Perfect Days at The Traverse Theatre, Edinburgh. Here he was spotted by Wendy Brazington who was casting Michael Winterbottom's film Wonderland which at the time had the working title 'Snarl Up." Enzo played graphic artist Peter Saville on his second collaboration with Winterbottom: the Palme d'Or-nominated 24 Hour Party People. He has appeared in plays both on and off the West End, notably lead roles in Neil la Bute's The Shape of Things at The New Ambassadors Theatre, and the European premiere of the Pulitzer prize-winning play Anna in the Tropics at the Hampstead Theatre. He also performed at The Royal Court in a series of plays written and directed by Russian artists entirely in Russian; in Thai ballet as Orpheus in Backpacker Orpheus, a play devised entirely from people's experiences in the 2004 Indian Ocean earthquake; and in conceptual theatre for new-writing company Paines Plough in a series of shows (including a one man show) commissioned over a number of seasons by Miuccia Prada to showcase collections for her Miu Miu line at Milan Fashion Week. Enzo also directed a short film called Getalife, and is currently producing his first feature length movie The Wicked Within, which he also wrote and stars in. His first novel, Mediterranean Homesick Blues, co-written with Ben Chatfield, has just been published. Enzo appeared in Kick-Ass 2 (2013) and Guardians of the Galaxy (2014). In 2015 he will join the cast of the HBO series Game of Thrones in Season 5 as Yezzan. He now lives and resides in London and Los Angeles.