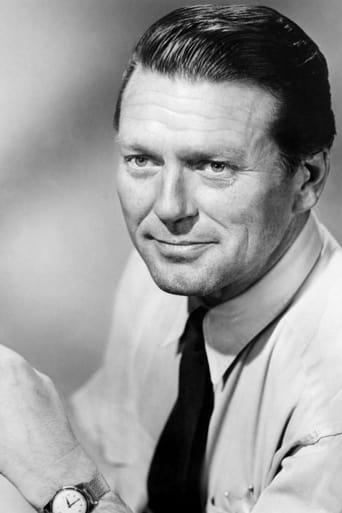 Charles Butters (May 10, 1914 – July 30, 1980), best known by his stage name Charles McGraw, was an American actor, who made his first film in 1942, albeit in a small, uncredited cameo role. He was born in Des Moines, Iowa. McGraw developed into a leading man, especially in film noir classics during the late 1940s and 1950s. His gravelly voice and rugged looks enhanced his appeal in the noir stylistic genre, and provided him many roles as cop or gunman. Introduced with fellow "heavy" William Conrad as the two hitmen terrorizing a small town diner in the start of the 1946 film The Killers, McGraw's notable roles include: "Honest Joe" insurance investigator turned thief by love interest in the noir classic Roadblock (1951); playing the grumpy cop hired to protect Marie Windsor in the noir B-movie The Narrow Margin (1952); Kirk Douglas' gladiator trainer in the epic Spartacus; righteous cop Lt. Jim Cordell in the Armored Car Robbery (1950); and "The Preacher" in the science fiction cult classic A Boy and His Dog (1975). McGraw is recognized with a star on the Hollywood Walk of Fame, located at 6927 Hollywood Blvd., Hollywood, Los Angeles, California. He also starred in the television version of Casablanca (1955) taking over Humphrey Bogart's role as Rick. Charles McGraw died, aged 66, after slipping and falling through a glass shower door in his Studio City, California home in 1980.