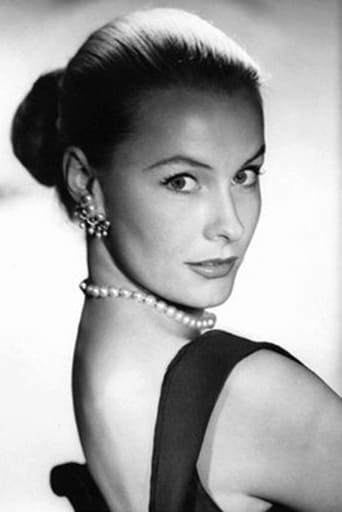 ​From Wikipedia, the free encyclopedia.   Dina Merrill (born December 9, 1925) is an American actress and socialite.Merrill acted in twenty-two motion pictures, including Desk Set with Katharine Hepburn and Spencer Tracy, The Sundowners, Don't Give Up the Ship, Caddyshack II, I'll Take Sweden with Bob Hope, The Young Savages with Burt Lancaster, A Nice Little Bank That Should Be Robbed with Mickey Rooney, Catch Me If You Can, Operation Petticoat with Cary Grant (who had previously been married to her cousin, Woolworth heiress Barbara Hutton) and Tony Curtis, The Courtship of Eddie's Father with Glenn Ford and Ron Howard, Butterfield 8 with Elizabeth Taylor, A Wedding with Desi Arnaz, Jr. and Carol Burnett, True Colors with John Cusack and The Player with Tim Robbins and Whoopi Goldberg. Description above from the Wikipedia article Dina Merrill,  licensed under CC-BY-SA, full list of contributors on Wikipedia.