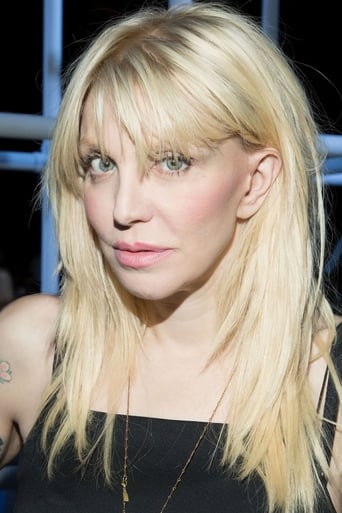 Courtney Michelle Love is an American rock musician and actress. Love is primarily known as lead singer, guitarist and lyricist for alternative rock band Hole. Following a turbulent childhood, Love made her debut in the entertainment industry with a bit part in Alex Cox's Sid and Nancy (1986). Eventually finding her passion in rock music rather than acting, Love formed Hole in 1989 with guitarist Eric Erlandson. Hole released several albums throughout the 1990s, Live Through This (1994) being most prolific — a critical and commercial success upon its release. Love would return to acting with a Golden Globe-nominated role in The People vs. Larry Flynt (1996), and gain even more commercial attention with Hole's third album, Celebrity Skin (1998) before disbanding the group several years later. In 2009 Love reformed Hole with an entirely new lineup, and released Nobody's Daughter (2010).