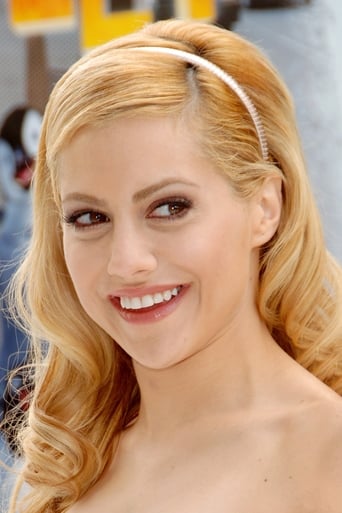 Brittany Murphy was born to Sharon Kathleen Murphy and Angelo Bertolotti, who divorced when Brittany was two years old. Brittany was raised by Sharon, in Edison, New Jersey, then later in Los Angeles. They had moved there so that Brittany could pursue a career in acting. She frequently attributed her success to her mother, who always worked hard to encourage Brittany's creativity. Brittany had two older half-brothers, Jeff and Tony Bertolotti and a younger half-sister, Pia Bertolotti. Brittany Murphy's first Hollywood acting job came when she was aged 14 and starred as Brenda Drexell in the US series Drexell's Class. She then played Molly Morgan in Almost Home, a spin-off of The Torkelsons. She also landed small roles on shows such as Blossom (starring Mayim Bialik and Joey Lawrence) and Frasier (starring Kelsey Grammar and David Hyde Pierce). She also had recurring roles on Sister Sister (starring Tia Mowry, Tamara Mowry and Tim Reid), Party of Five (starring Neve Campbell, Jennifer Love Hewitt and Matthew Fox) and Boy Meets World (starring Ben Savage). Murphy then went on to star in a number of well-known films. One of her best-known roles was in the comedy Clueless, which starred Alicia Silverstone, Stacey Dash and Paul Rudd. She then starred opposite Winona Ryder and Angelina Jolie in the award-winning Girl, Interrupted, which was based on a true story. The same year (1999), she appeared in Drop Dead Gorgeous, which starred Kirstie Alley, Ellen Barkin, Kirsten Dunst and Denise Richards. In 2001, Brittany Murphy starred alongside Michael Douglas in the psychological thriller Don't Say A Word. Sean Bean also starred. She also featured in the TV adaptation of the Jane Yolen novel The Devil's Arithmetic, which also starred Kirsten Dunst. The following year, Murphy starred alongside Eminem in his semi-autobiographical movie, 8 Mile. The film received a great deal of critical acclaim and also starred Kim Basinger and Mekhi Phifer as well as the hip-hop artists Proof and Xzibit. 2003 saw Murphy star in Uptown Girls, with Dakota Fanning, Marley Shelton and Heather Locklear. This was followed by an appearance in the comedy Little Black Book, with Ron Livingston. One of Murphy's better-known performances came in 2005, with the release of Sin City. The film was directed by Robert Rodriguez and Frank Miller and also starred Bruce Willis, Mickey Rourke, Jessica Alba and Clive Owen. Her acting style has been compared by the movie critic Roger Ebert, to Lucille Ball. Brittany Murphy also undertook a lot of work as a voice actor, lending to her voice to the animation sitcom King of the Hill and the feature animation Happy Feet. In late 2009, Brittany Murphy abandoned production of The Caller. The movie was being filmed in Puerto Rico. Murphy was replaced by Rachelle Lefevre, to play the lead role opposite Stephen Moyer. Brittany Murphy's last film before her death was Abandoned, a thriller/drama that also stars Dean Cain and Mimi Rogers. On December 20, 2009, the Los Angeles Fire Department responded to "a medical request" at the Los Angeles home Murphy and husband Simon Monjack shared. She had apparently collapsed in the bathroom. Firefighters attempted to resuscitate Murphy on the scene. She was subsequently transported to Cedars-Sinai Medical Center, where she was pronounced dead on arrival after going into cardiac arrest.