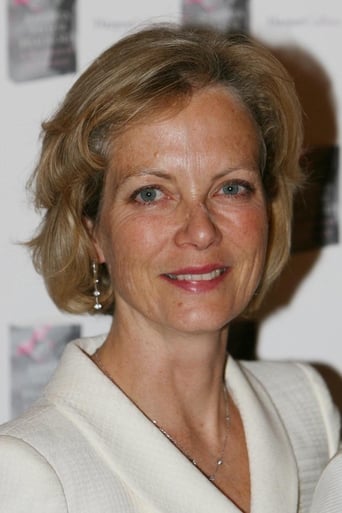 From Wikipedia, the free encyclopedia Jennifer Ann Seagrove (born 4 July 1957 in Kuala Lumpur, Malaya - now Malaysia) is an English actress. She trained at the Bristol Old Vic Theatre School and rose to fame playing the lead in a TV dramatisation of Barbara Taylor Bradford's A Woman of Substance and the 1983 film Local Hero. She is now well known in the character of Jo Mills in the long-running BBC drama series Judge John Deed (2001–07). Her credits as a voiceover artist include a series of Waitrose television advertisements. Description above from the Wikipedia article Jenny Seagrove, licensed under CC-BY-SA, full list of contributors on Wikipedia.