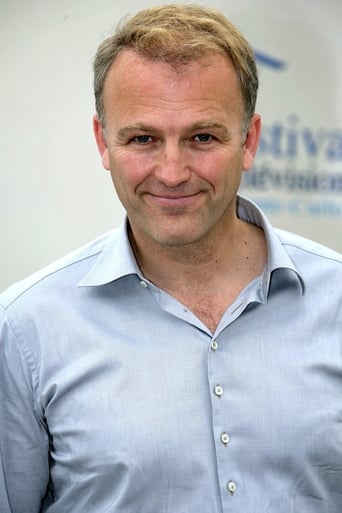 James Robert McGowan was born on May 30, 1960, in Montreal, Quebec, Canada. James is the youngest of three sons of Johnny McGowan a former light heavyweight boxer from Northern England. James grew up on the West Island in Montreal. He graduated from Concordia University with a B.A. in Communications. After graduation he took a job as a copy writer at an advertising agency rather than pursue an acting career as he did not believe he could make a living acting. He then took in the audio-visual department of McGill University. While there he got in touch with a friend who was directing plays at the Montreal university expecting to pursue acting as a hobby. He started out slowly doing student plays at the William Shatner Building. He loved it so much he decided to pursue it as a profession. It wasn't easy breaking into television in Toronto given his age (36) at the time as he was going up against other actors with lengthier resumes. It was hard at first to get auditions. He started out with guest spots in television shows such as the La Femme Nikita, Mutant-X, Falcon Beach, and Rent-a-Goalie. James also had minor roles in movies such as The Perfect Man with Heather Locklear, The Prince and Me with Julie Stiles, and Silent Night with Linda Hamilton. He has had success with two successful television ads. The first ad was entitled Doctor's Appointment and addressed the serious problem of erectile dysfunction. The ad was run continuously throughout the 2001 NHL Finals. The second ad was entitled The Deal and was for Verizon Wireless. One of his first big parts was a role in the TV movie 10,000 Black Men Named George. The 2002 film helped James find more work but he did not find substantial work until he auditioned for the CBC drama The Border. He had sent in an audition tape but had not heard back. He went to Winnipeg to film a guest part on the TV series Falcon Beach. While he was in Winnipeg, his agent contacted him and told him the show's casting directors wanted to meet with him. A second day of callbacks was added and he was able to return to Toronto in time. No one had heard of James but according to Peter Raymont, the co-creator of the show, James brought just the right degree of intelligence, compassion and authority to the character. While the producers were sure that James was right for the part, the network wasn't so sure. One of his biggest credits to that point was playing the goon in the Verizon Wireless commercial. His peers obviously approve of the portrayal. James received a Gemini nomination as outstanding actor in a drama. - IMDb Mini Biography