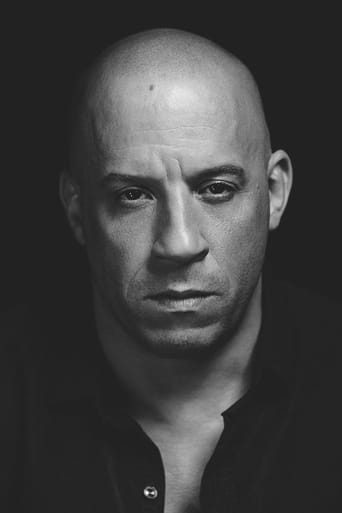 Vin Diesel is an American actor, producer, director, and screenwriter. He came to prominence in the late 1990s, and first became known for appearing in Steven Spielberg's Saving Private Ryan in 1998. He is most known for his portrayals of Riddick in The Chronicles of Riddick trilogy (2001–2013), and of Dominic Toretto in The Fast and the Furious film series (2001–present), two franchises in which he also acted as producer. He also starred in xXx (2002) and Sidney Lumet's Find Me Guilty (2006). His voice acting work includes Brad Bird's The Iron Giant (1999), the video games of The Chronicles of Riddick franchise, and the upcoming Guardians of the Galaxy adaptation of the Marvel comics of the same name. As a filmmaker, Diesel directed, wrote, produced and starred in the drama film Strays, as well as in two short films. He is also the founder of the production companies One Race Films, Racetrack Records, and Tigon Studios. From Wikipedia